The United States has counted France as its oldest ally since the Revolutionary war. For almost 250 years, French-American cooperation has run deep with vibrant exchange in many fields, including international education, scientific research, bilateral investment and tourism. Cities, states, universities, corporations, NGOs and philanthropies in both France and the United States remain committed to advancing worldwide social, economic and environmental progress for sustainable development. The U.N. Sustainable Development Goals (SDGs) provide the ideal platform to tackle the challenges of our species and planet.

Atlanta’s own Georgia Institute of Technology, co-organizer of France-Atlanta, has deep French connections, including Georgia Tech-Lorraine, their French campus that is now celebrating 30 years in Metz, France.

The 17 U.N. SDGs are integral to Georgia Tech’s new strategic plan demonstrating Tech’s commitment to advancing these goals. How is Georgia Tech grappling with the SDGs? How will their actions reverberate within the city of Atlanta, the southeast, Tech’s global campuses, or even wider still? How has France advanced in implementing the SDGs?

On October 1, join an all-star panel during the virtual launch of France-Atlanta 2020 to discuss how the U.N. SDGs have encouraged French-American cooperation:


Created in 2010 by the Consulate General of France in Atlanta and Georgia Tech, France-Atlanta is a series of events centered on innovation and designed to foster cooperation between France and the U.S. Southeast. The 11th edition of France-Atlanta is made possible by the following sponsors: 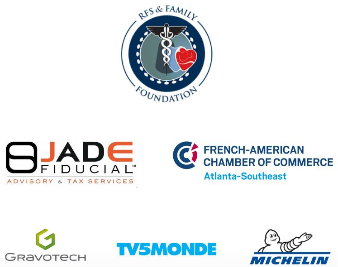