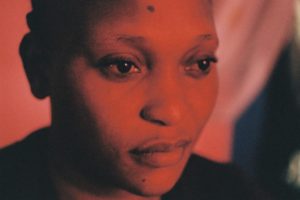 Acclaimed French-Senegalese director Alain Gomis discusses his latest feature-length film, which follows Félicité, a determined single mother, through the bustling city of Kinshasa, Congo RDC in a striking portrait of contemporary Africa.
Strong and independent, Félicité spends her evenings singing in a bar in the Congolese capital of Kinshasa. Her world is upended when her teenage son is injured in a motorcycle accident, requiring an expensive operation to save his leg from amputation. In order to amass the necessary funds, Félicité must race against the clock through the vibrant streets of Africa’s third largest city.

Featuring transcendent music by the Congolese collective the Kasai Allstars and the Symphonic Orchestra of Kinshasa, Félicité won the Silver Bear at the 67th Berlin International Film Festival and the Yennenga Golden Stallion at the 25th FESPACO Festival in Ouagadougou, Burkina Faso.

The film, in Lingala and French, will be shown with English subtitles. Following the screening, Alain Gomis and fellow director Marguerite Abouet will engage in a Q and A session with the public.

Presented as part of the High Museum of Art’s “MAKING AFRICA” exhibition. 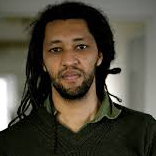 Director Alain Gomis is a French- Bissau-Guinean-Senegalese filmmaker and director. Born and raised in Paris, he studied art history and cinema at the Sorbonne. He began his career with short films, such as 1999’s Tourbillon. In 2001, his first feature length film, L’Afrance, which sheds light on the difficulties facing immigrants in France, won the Silver Leopard award at the Locarno film festival. Next came Andalucia, presented at the 2007 in Venice, followed by Aujourd’hui and Félicité, which both received the Yennenga Golden Stallion at the FESPACO Festival in 2013 and 2017, respectively.